Jimbob found himself with less free time than he had the day before. What was the cause of his loss of free time was box that he had set down before him that contained the leftovers of his granddaddy's journalistic life. Elmer and his Wife Evelyn, not Jimbob's grandmother, had raised Jimbob after his parents died shortly after he was born. Elmer's estate had finally been settled with Jimbob receiving the artifacts. of Elmer's travels. The container that was delivered by FedEx was one of those cardboard  types with the built-in folding handles and was marked "DELIVER TO ADDRESSEE ONLY."  Noted on the outside also was the declaration  N.O.I.B.N., which from my his retails days he knew that it stands for “Not Otherwise Identifiable By Name. Upon opening the box, he discovered an assortment of artifacts. Photos of what appeared to be a Bar maid, Western Union telegrams, battered journals, notes, 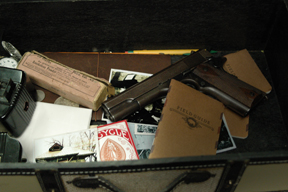 Assembling a historical story is much like putting together a jigsaw puzzle, you need to find the right pieces and put them together in the right order, hope that you’re not missing any of them, and  then check to make sure that some pieces from another puzzles didn’t wander on over. Sometimes the outcome of assembling this puzzle is a mixture of mostly the truth with small amounts of hearsay and legend thrown in. Those historical contents would take Jimbob on a journey across south central Kentucky and even into Tennessee as he traced his Granddaddy's adventures. As Elmer did before him, Jimbob would also have missteps along the way. 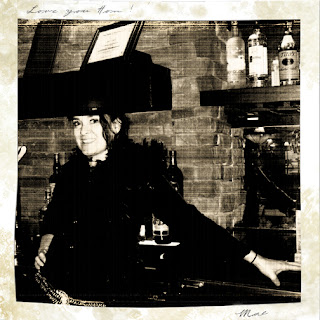 It is late Spring in Kentucky, and soon nature will flip the switch from warm to broil. Elm could already sense the sweat sliding down his back like some hot snake. There have been just as many days with rains as without in this year of 1921. Fire season come Fall will not be as disastrous as last year's. Elmer Baird was situated in the middle part of the Commonwealth, about one hundred and forty miles west of the Appalachian coalfields. Bluegrass and race horses lay to the north about the same distance give or take just a few feet.

Elmer is a type of newspaperman known as a stringer. Stringers don't 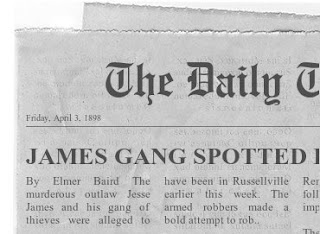 have a regular job with one paper but covered for whatever paper had a need at the time. The two papers he contributed to mostly were The Daily Tribune and The National Register. His new assignment would take him to Rocky Hill, a two days ride away.

Although the use of telephones is rapidly growing in the cities, his assignments mostly still came by way of telegrams. Elmer even carried with him his own portable telegraph key that he could press into use along the lines if need be. He had served in the US Army Signal Corps during the great war, and getting his messages to hitch a ride on the lines was an easy task for him. 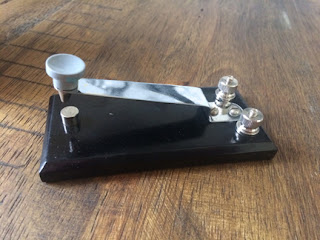 His key would become a necessity when he arrived at the Ole Mule Country Store which is owned by Melvin, a long time friend of Elmer's. The store is in the area known as the Barrens, so called due to its lack of shrubbery or trees. For miles the landscape is grass, limestone bluffs, little topsoil, the odd sycamore tree, a few creeks and a river that cottonwood trees clung to much like ants on a honey trail.

When they arrive at the store, both Elmer and his mare are hot, thirsty and tired. The mare is handed over to Melvin's helper to be attended to and Elmer proceeds to the entrance of Melvin's place of business. Along with being a Post Office and Western Union telegraph station, the Ole Mule also is the cornerstone of gossip for Barren and surrounding counties. Much valuable information can be gotten here just by asking a couple of questions, stepping back and letting the talkers talk.

On his way up the steps to the entrance of the country store he spotted what appeared to be a half naked man sitting in the far corner of the porch. Walking closer he noticed that the man looked like a Chinese Sumo wrestler who had removed his shirt in an attempt to cool off from the heat.
With some trepidation he stepped closer to offer assistance is so needed. The man’s belly ebbed and flowed like a tub of tallow wanting to work its way over the dam of his belt line, and his bellybutton was the size of an extra large over easy sunny side egg. The man reached out one arm on the end of which he held a piece of paper in his hand. Elmer took the paper and unfolded it and looked it over. Someone had written three words on it. Lin no hear.  Lin, he figured, was the man’s name, "no hear" could mean that the man was deaf, or possibly could not speak. To be on the safe side Elmer didn’t ask any questions but pressed a nickel into the giant’s palm. The man grunted in what came across as a gesture of thanks. Elmer contemplate teaching the foreigner how to communicate  by using hand signals, but then he would have to decide whether they should be in Chinese or English and he just didn’t want to fool with that problem right then.
Elmer steps across the well-worn hickory threshold into the store's large front room, takes a few seconds to get his eyes adjusted, nods to a few men, and spots Melvin in one of the back tables close to the kitchen. What smells like

sourdough biscuits follows him to the smiling face of his old friend. Against the back wall is a locked cupboard from where Melvin would administer Kentucky Bourbon to special customers in an otherwise dry county.
"Elmer, you young dog, good to see that you are still hard it, who are you peddling news for this time around?" drawled Melvin.
"Mel, I must say your establishment is a welcome oasis of relief today, speaking of dog, did you get a new pup?"
"I did," replied Melvin, "and there is no doubt in my mind that he is the best dog ever born." " only problem is that I named him 'Here Dog' and the new neighbors that bought the Beckner place have a dog named 'Stay Dog'." 'We have visited more than once and I mean to tell you that has been a touch of anxiety." 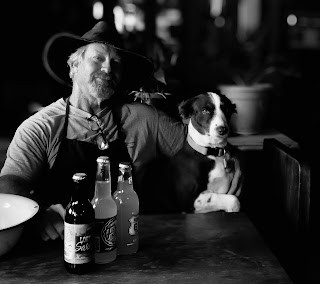 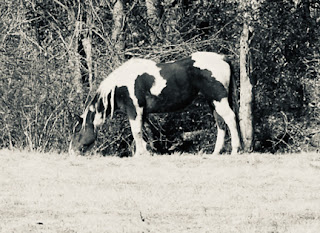 he has decided to make his bed for the night. While gathering his firewood he had seen the tracks of a Cougar,  prudence would declare that his current mode of transportation not become a meal for some vicious feline. 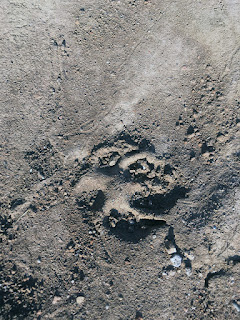 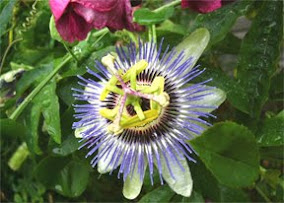